The Forever Free Project was started by former Nebraska schoolteacher Barry Jurgensen in 2009. The goal is to research and nominate sites to the Network to Freedom. As a program of the National Park Service, the Network to Freedom coordinates preservation, commemorative, and educational efforts related to the history of the Underground Railroad. The Network to Freedom does not limit itself to the preservation of stories of famous conductors or stations of the Underground Railroad. This program strives to preserve the Underground Railroad in its entirety. Sites that can be nominated range from sites of slave resistance, rebellions, and escape, as well as, court cases, maroons, monuments, cemeteries etc. Most importantly, the program preserves the stories of those who escaped from slavery to attain their freedom.

In 2020 the West Des Moines Historical Society was asked to administer a new pilot mentoring project as part of Forever Free. Funded through a grant from the Association for the Study of African American Life and History and presented in partnership with the National Underground Railroad Network to Freedom, the objective of this program is to bring community mentors and area high school and college students together to uncover and document the history of the Underground Railroad in selected Iowa communities. The project will culminate this July as students and mentors submit applications to the Network to Freedom for the researched sites to be included in this national database.

Sites being studied during this program include Woodland Cemetery in Des Moines, Union Cemetery in Newton and Winterset City Cemetery. All three cemeteries are known to have burials of people involved in the Underground Railroad, both as conductors and freedom seekers who resisted enslavement. 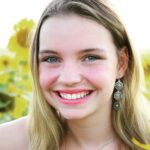 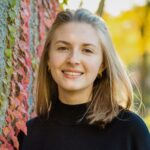 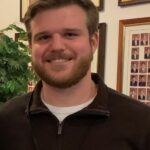 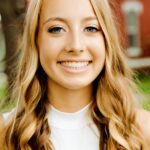 In March the Des Moines and Winterset students and mentors met to conduct research, visited the Jordan House Museum, the Winterset and Des Moines cemeteries to start the process of documenting the sites. The group was thrilled to be able to document the grave of Delia Webster, the “Petticoat Abolitionist.” 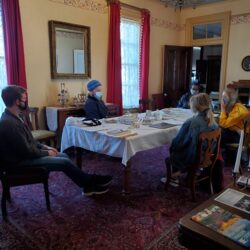 Meeting a the Jordan House 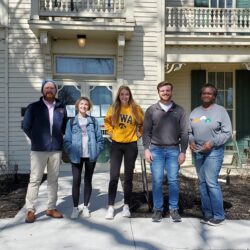 Meeting at the entrance of Woodland Cemetery in Des Moines 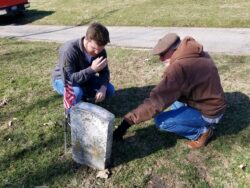 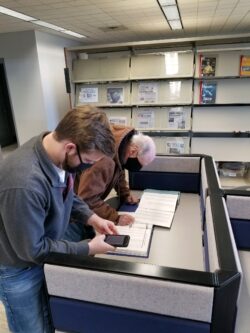 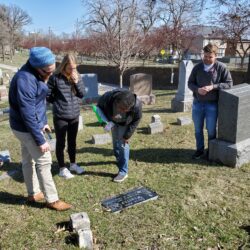